Team Tipton in the News

Every now and then one of our clients shares information that’s directly related to our work with them. We’re restricted from doing so, but when they share — we’re “all over” sharing their situations / successes with you. And — not to blow our own horn, but every now and then we’ll share something about one of our team members as well.

Showcasing Team Tipton’s engagement to support the F/CM department in their work in reimagining and in the full enculturation of department and divisional purpose, mission, vision and values. 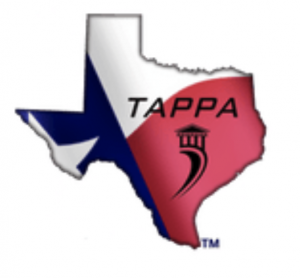 It’s with pleasure that we announce that the University of Houston Facilities/Construction Management was awarded the TAPPA Stars Across Texas Award at the Texas Association of Physical Plant Administrators (TAPPA) 2021 Virtual Conference.

This recognition is designed to recognize those that demonstrate excellence in the field of educational facilities and is granted to one organization each year. Previous winners include University of North Texas and Baylor University.

As explained during the TAPPA Business Meeting on April 26 2021, seven categories are evaluated for excellence:

During the presentation, attention was specifically given regarding the purpose of F/CM, the values and the Making It Real workshops facilitated in 2020. F/CM is proud to receive this award and has worked hard to cultivate and live the purpose of Building Futures, Maintaining Excellence.

Congratulations and a job well done! 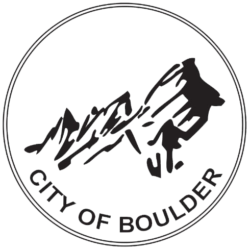 Showcasing Team Tipton’s engagement to support Boulder in a comprehensive assessment, redesign, and reimplementation of its approach toward, and processes/procedures in delivering planning and development services. 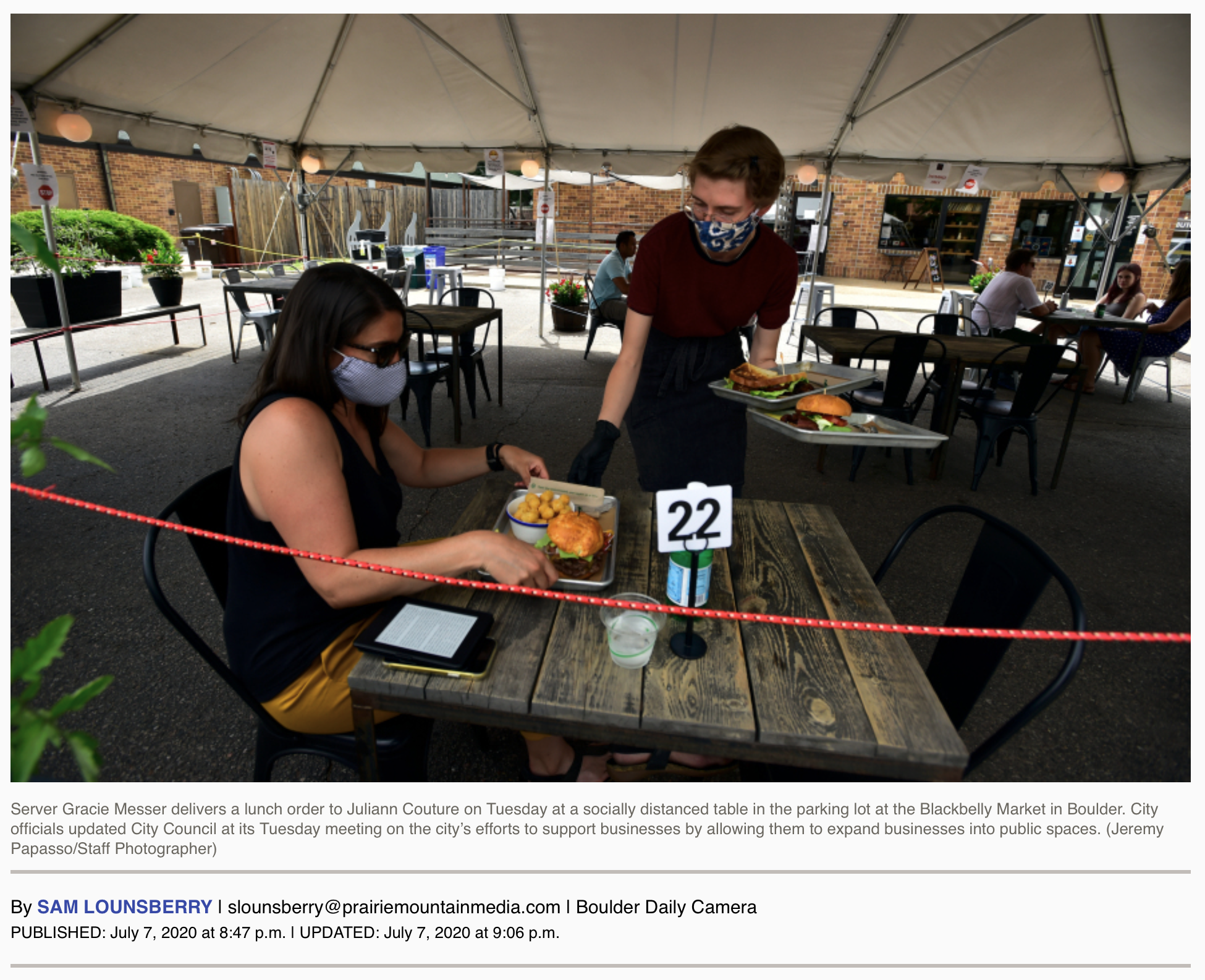 A high-ranking Boulder official made clear Tuesday that despite outdoor dining happening locally, restaurants and retailers are still facing adversity as the coronavirus continues to spread through communities.

“I won’t even call this a recovery time for restaurants and retailers right now. I will call it an exploration of what they are going to do to see if they can make it,” Assistant City Manager Yvette Bowden said in a virtual City Council meeting.

In the face of that challenge, Boulder’s eateries seem to have been quick to convert to an outdoor dining model, and part of the city’s intent in allowing a fast turnaround was to give businesses hope, Bowden said, as they returned from a government-ordered shutdown to slow the spread of the coronavirus in the spring.

The work has led to some outdoor dining sections becoming a hit.

Council members who visited some of the city’s spots lauded their experiences, as well as the city staff’s effort to start a streamlined process for businesses to modify licensing to begin serving food and drinks outside, including alcohol in many cases.

“We seem to fill up the tent every night,” said Hosea Rosenberg, owner of Blackbelly, which is hosting diners in a parking area.

Since the city began accepting applications for amended liquor and food service permits, 81 have been received, including 65 for restaurant parklets, where parking spots are taken up with tables. The city took 68 temporary modifications of existing alcohol licenses. Other applications were to use curbside areas for pickup and delivery services. The staff has been able to approve applications in two days on average, and in six days for applications involving liquor licenses. The effort has involved 1,200 hours of staff time and an estimated city cost of $74,680. 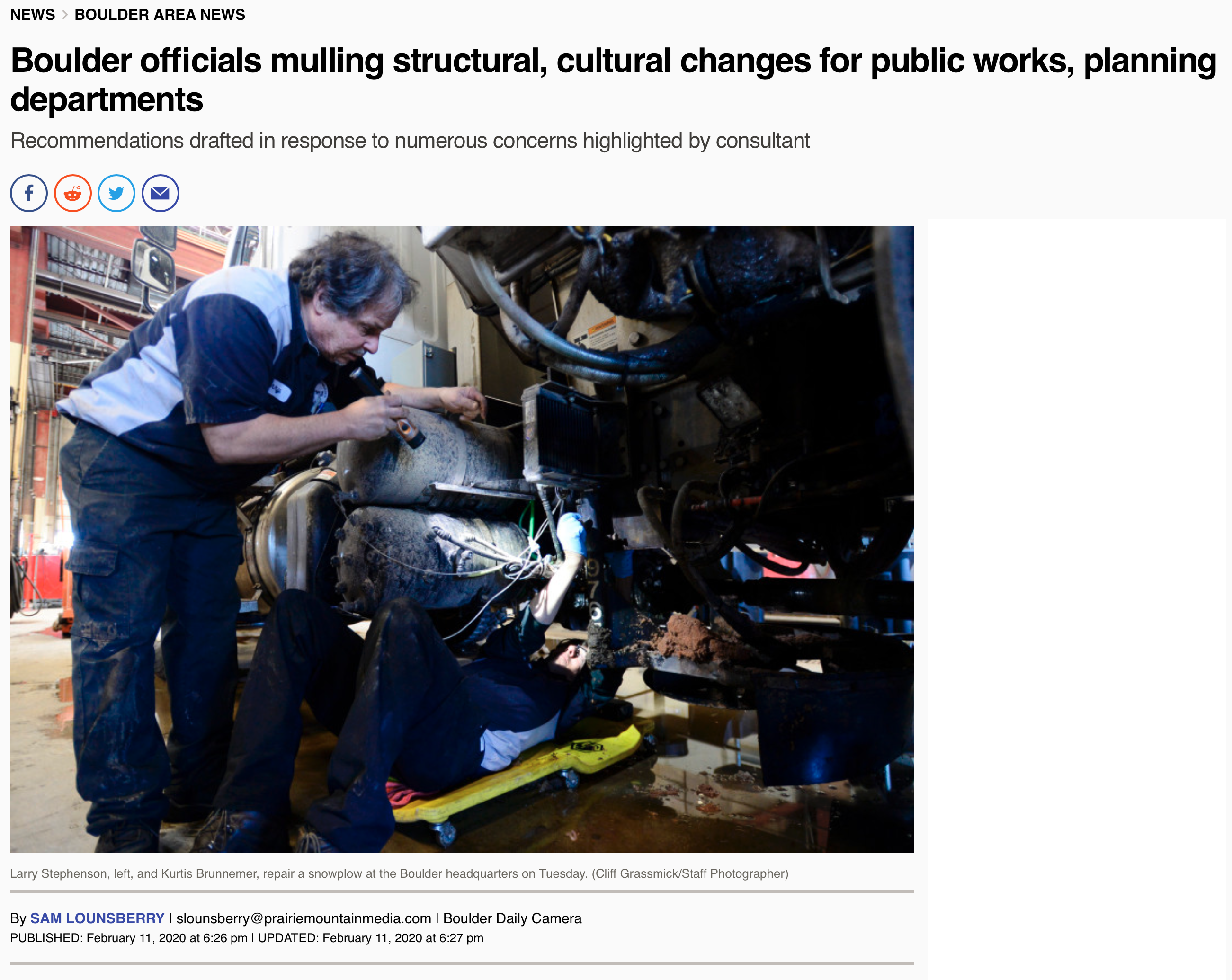 The recommendations were made in response to a consultant’s report last year detailing difficulties for city employees of the agencies, which comprise about 25% of the city staff.

A “90% complete draft” of suggestions shared with the Camera at a city staff meeting Tuesday outlines approaches officials could take to address the consultant’s findings. This prompted former Boulder Mayor Suzanne Jones to urge Council to accept responsibility of responding to concerns of polarizing city matters, rather than staff. 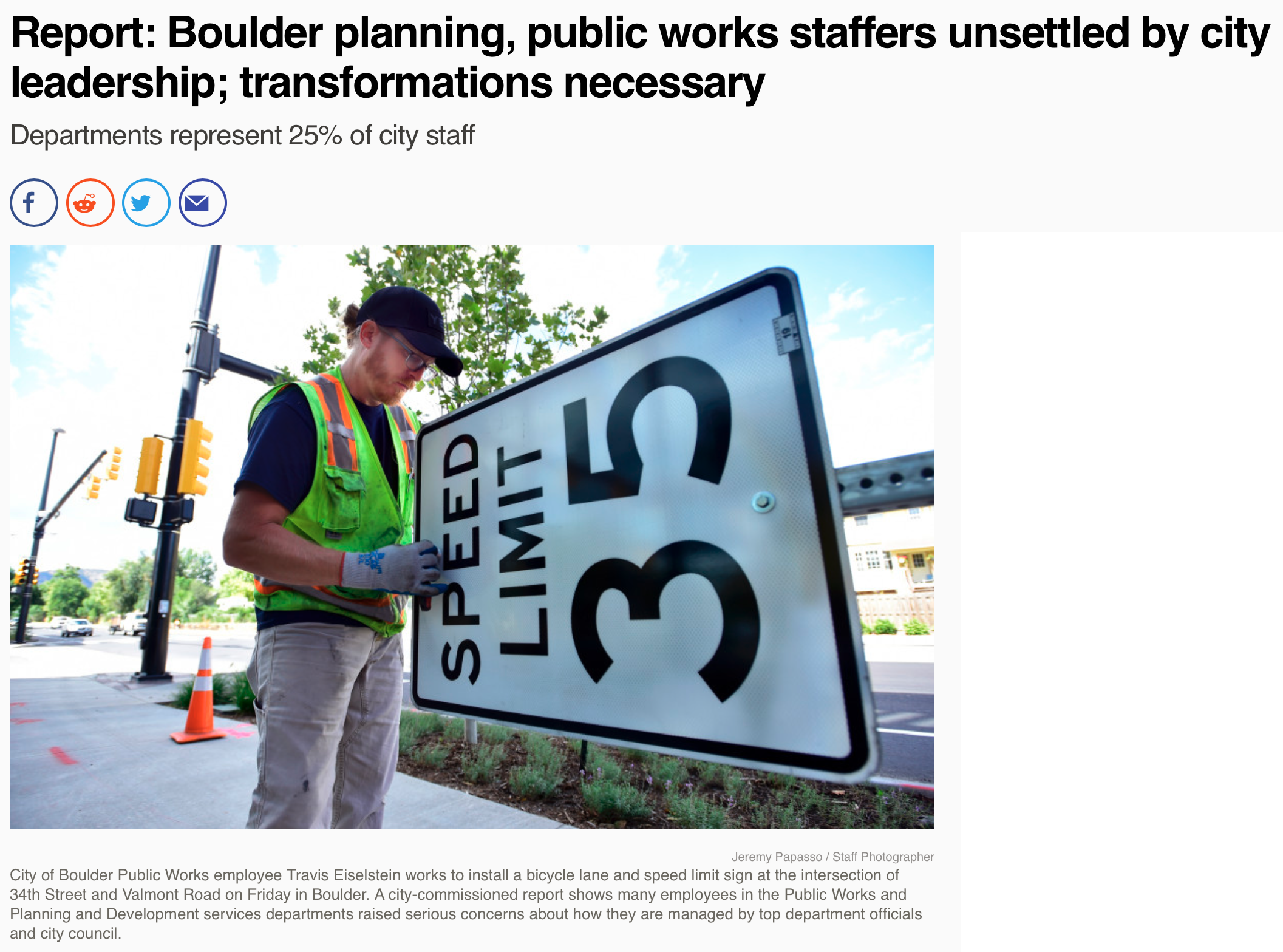 Specifically, Boulder Public Works and Planning and Development Services staffers this year raised serious qualms with how they are managed by top department officials and city council, according to the report. Those employees comprise about 25% of the city’s total staff.

At least one city councilmember has acknowledged city council’s role in contributing to some of the issues raised.

The consultant, Denver-based Team Tipton, provides assessments of municipal and nonprofit workplace climates across Colorado and the country. 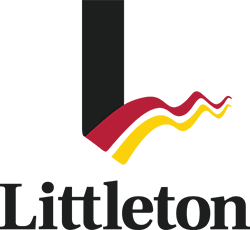 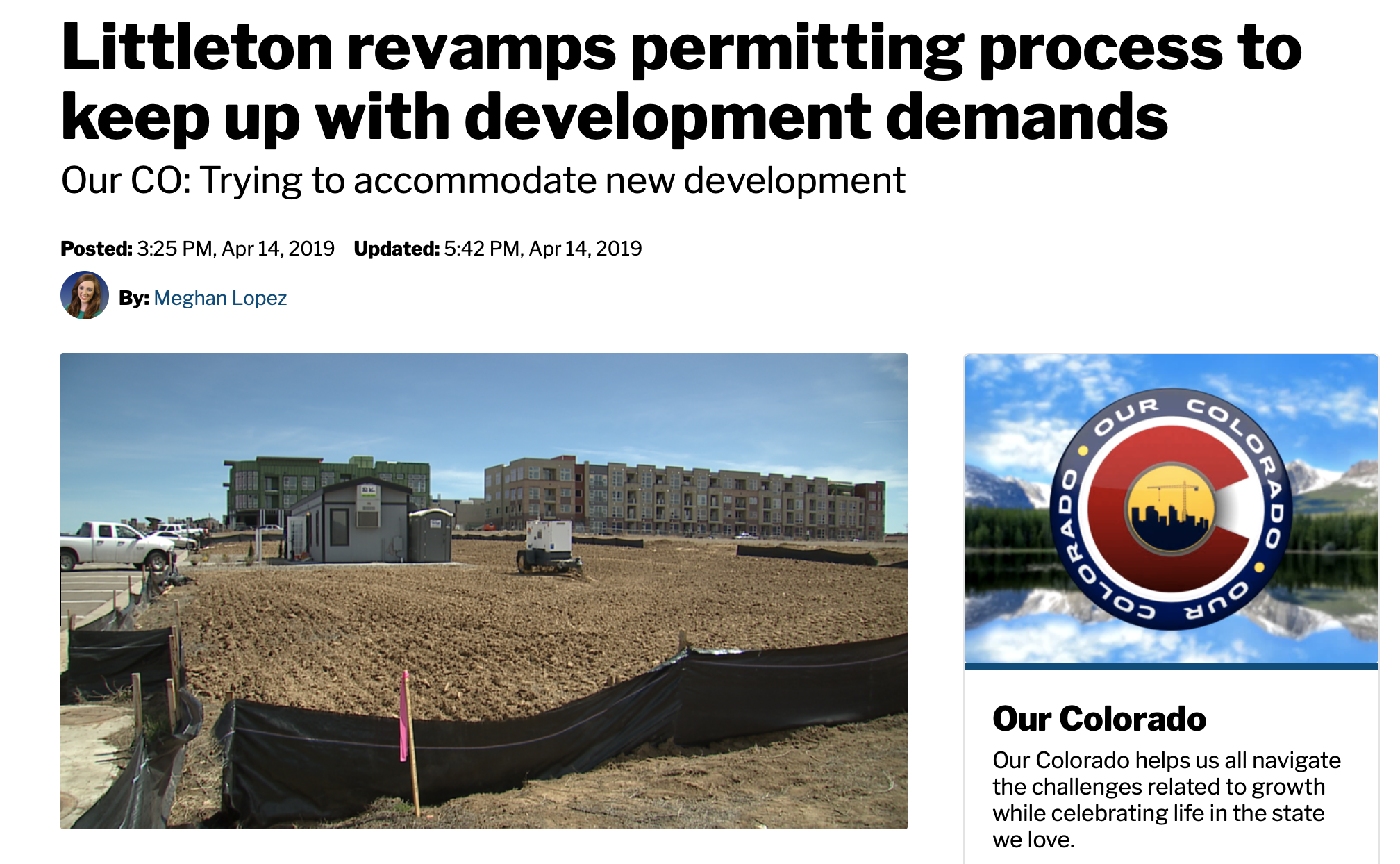 LITTLETON, Colo. — As the Denver Metro area continues to grow, some cities are dealing with growing pains while trying to accommodate new development.

Like many other areas surrounding Denver and the Denver Tech Center, the city of Littleton is experiencing a building boom.

“The growth that we’ve been experiencing here in Littleton is not unique, it’s really a region wide,” said Jennifer Henninger, the director of community development for Littleton. 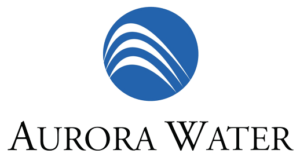 Showcasing Team Tipton’s engagement to support the City of Aurora as they embarked upon the single largest capital project in the history of the City. A 32-mile pipeline, with four pump stations, and a state-of-the-art water treatment facility, the Prairie Waters Project came in two months ahead of schedule, on scope, and $201 million under its original budget. A large part of the success of the project had to do with Team Tipton’s approach toward team chartering and leadership alignment.

See video starting at 2:41 where Larry Catalano (Aurora Water’s former manager of capital projects) talks about the role of team culture in the success of the Prairie Waters Project.