Eric Meade accelerates the shift to a desired end-state by grounding the emotional charge of the past, creating the space for innovative thinking about the future, and providing tools and processes to bring new ideas into the present. He is a nationally recognized futurist and a past Chairman of the Board of the World Future Society, as well as a master facilitator and leadership coach.

Eric brings a diverse set of experiences to his work. In addition to his consulting work, he is an adjunct lecturer in The American University’s School of International Service and in the University of Denver’s Healthcare Leadership program. He also serves on the faculty of the state of California’s command course for law enforcement officers. He is a co-author of Personal Success in a Team Environment and the author of several published articles on poverty and development. He has also served on the Board of Directors of global development NGO Counterpart International.

At Tipton, Eric plays the roles of thought leader and facilitator, introducing ideas and prompting insights that invite clients into a larger sense of possibility for themselves and their organizations. He has authored numerous Tipton white papers and designed group workshops to mobilize greater transformation than would otherwise have been possible.

EXAMPLES:  Eric’s client work has included co-authoring a set of scenarios describing health and healthcare in the year 2032 that contributed to the Robert Wood Johnson Foundation’s strategic initiative to build a Culture of Health in the U.S., leading a scenario-based 20-year master planning effort for aging services in Howard County, MD, and facilitating organization development activities related to the launch of the Open Government Partnership as an independent entity.

WORK HISTORY:  Previously, Eric has served as vice president and senior futurist at the Institute for Alternative Futures, a nonprofit futurist think tank in Alexandria, VA; as chief representative in China for U.S. toy manufacturer Melissa & Doug, Inc., setting up the company’s China office; and as a nuclear submarine officer in the U.S. Navy.

A CLIENT’S VIEW:  “What you’ve been able to do here in Memphis is to help people think not just ‘outside the box’ but ‘outside the building.’ With the way you first of all listen and second of all encourage openness, you have the capacity for people to trust you almost instantly. I’m not sure that’s something you’ve acquired or something you were born with. I just think you have an innate ability to listen and to have people feel comfortable in your presence and to know they can say whatever they want to say and you won’t use it inappropriately.”

EDUCATION: Eric earned an MBA from INSEAD and a BA in history from the University of Virginia. He is a certified practitioner of the Myers-Briggs Type Indicator (MBTI) and has completed the Newfield Network’s coach training program. 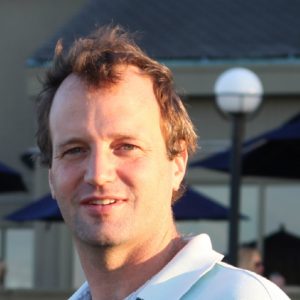 PERSONAL: Eric’s hobbies include building Legos with his son, playing board games with his daughter, and having deep conversations with his wife Julia. He’s also a big fan of “alone time,” which he spends reading, working out, or just listening to music, which comes in three varieties: Stan Getz, John Lee Hooker, and Bob Dylan.

A favorite quote:  “Expectations, if not made explicit and agreed upon, are just premeditated resentments.”